Today was the opening ceremonies of the 2012 Olympic Games! Of course since I’m at the office I didn’t get to see them, but we’ve got a couple of weeks to catch up.

For those of you who did get to see them, how were the ceremonies? what did you think?

Now, I’m not much of an athlete myself, unless sitting-on-your-kiester is a new marathon event. But I do like to knit, so I’m taking part in the Ravellenic Games! If you’re not familiar, that’s the knit-along competition that is timed to coincide with the Olympic Games on Ravelry. Even if you don’t compete, it’s fun to see what everyone is working on while they’re watching their favorite sport! I’ve only just barely cast on, so there’s not much to see – but I’ve chosen quite the challenge for myself, and it involves a lot of Palette and about three dozen bobbins. At least. 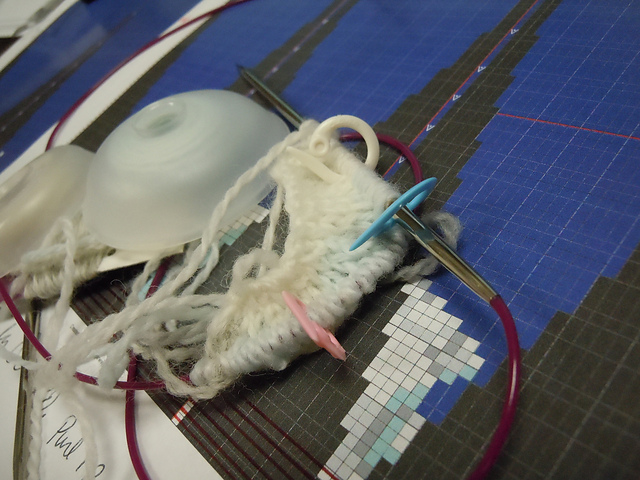 Honestly, for me, it’s not about winning or prizes or competittion, but the challenge of it. I like a good puzzle and a good goal. I’ve got a world of knitting to do before the closing ceremonies. The trouble for me is that it’s a bit hard for me to time, since I don’t have TV at home (yeah, there are still some of us around), so I’ll be living vicariously through the Raveletes (Ravelry athletes) and their reports on the Games. In 2010, I very narrowly missed my goal – I was knitting a stranded jacket from start to finish. I was through the knitting, but I didn’t have time to line it before time was up. So close! 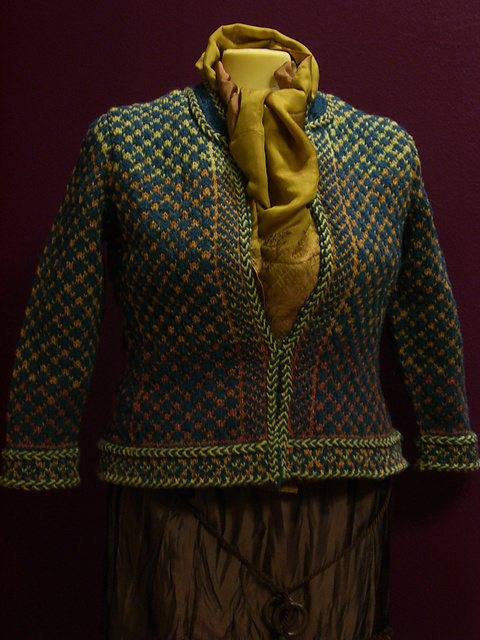 So, are you taking part in the Ravellenic Games? If so, what is your challenge? If not, are you planning on watching the Olympics? What sports do you like? I think I’d find it hard to watch a sporting event and knit at the same time (I’ve gone with intarsia, you see), but some of the new events look pretty interesting!