O Fictional Straw Person, I was once like you. Please. Learn from my mistakes.

I am definitely not shy about my love for interchangeable needles. I bought my Caspian set long before I came to work for Knit Picks and it was a surprisingly momentous day in my life. Gone were the days of buying needles only as I needed them, adding needle cost to every project. Everything was possible and the world was my fiber-wrapped oyster. I was going to Knit All The Things and I would never need to buy another needle again. (Cue ominous sound effect) 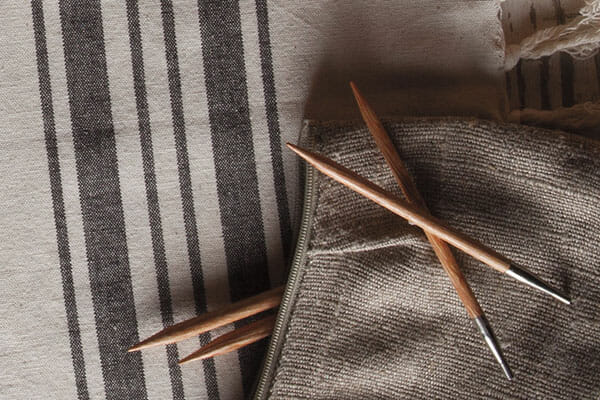 Then I started a worsted weight garter stitch blanket.

It’s become my TV knitting. My fried-and-brainless therapy knitting. It’s huge, and it’s taking FOREVER. Which is a problem, because it trapped my lovely size 6 Caspians.

First, it was a hat. I unscrewed the tips from the blanket, which I endcapped, to cast on. Hats go quickly, so I finished and transferred the needles back to the blanket before I knew it. Easy peasy. No big deal.

Then it was gloves. I’d been telling my roommate I’d knit her gloves for a while and I’d been wanting to try the Glove pattern from Knits for Everybody 2 (FYI, it’s great). So, I capped the blanket again, and cast on. And the gloves dragged on. And on. And I started missing my destress knitting. I switched that one pair of poor, over-worked 6s back and forth several times before it finally occurred to me: I should get a second pair.

Again: learn from my mistakes.

Even if you’re just throwing them onto a larger order to get you over the free shipping threshold, there are plenty of solid reasons to buy some extra tips, and at 20% off, there’s no better time than now. 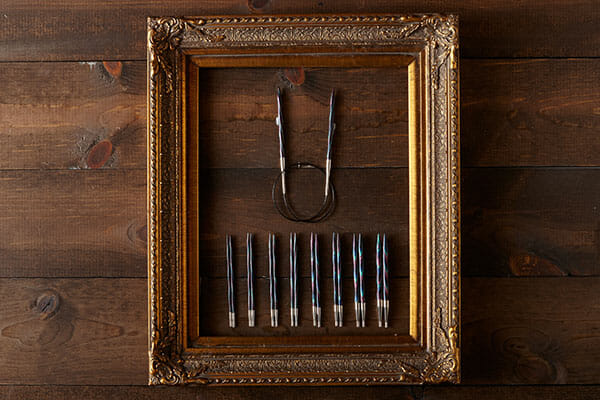 I love my Caspians, but when it came time to get duplicate sizes, I decided to branch out. First, I tried Majestics. You can say they’re basically the same as Caspians, since they only vary in color, but you really do have to see them with your own eyes before you appreciate just how vibrant they are. My next duplicate pair, I got Sunstrucks. Caspians are my favorite because I love green, which also happens to show up in a lot of my projects. I never realized how much easier it is to see what you’re doing when your yarn and needles aren’t basically the same color. What a concept.

Remember, as Otto Von Bismarck so famously said: Only a fool learns from his own mistakes. The wise man learns from the mistakes of others. 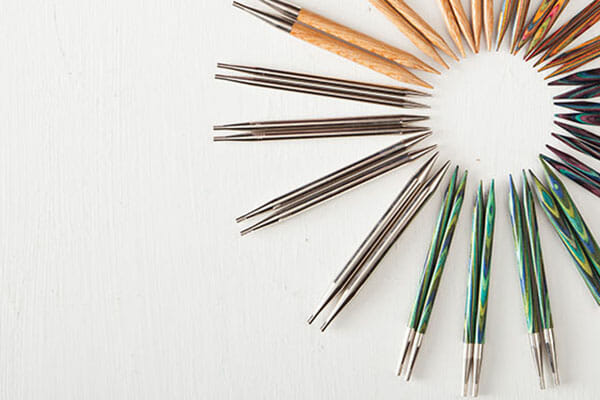 While our Try It sets are a great option to try both wood and metal needles for anyone exploring interchangeables, I skipped right over them and went straight to a full wood interchangeable set. Eventually I tried Knit Picks’ metal needles, which was a pretty significant find, since I tend to knit tightly and the glossy finish of our Nickel Plated needles is so much smoother than other metal needles that I’ve tried. Particularly if you’re used to cheap aluminum needles, you’re in for a treat with the Nickel Plated. After getting a few tips in odd sizes, I eventually decided to get a whole set of them! 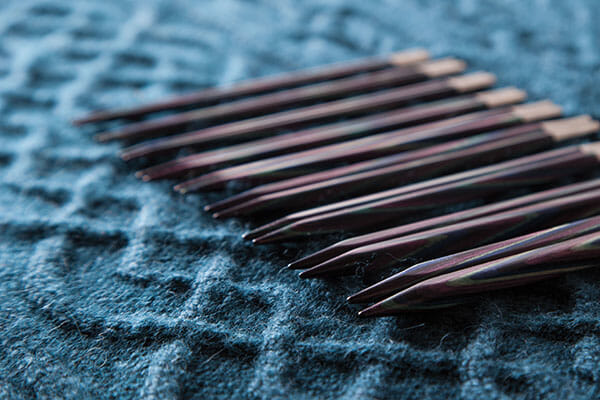 One of the more surprising things I’ve learned working yarn shows for Knit Picks is the number of people that know about square needles, but have never actually tried our Foursquares. Most people seem interested, but are hesitant to actually buy something they haven’t had in their hands. Or they’ve tried other companies square needles and didn’t care for them. Once we get a pair of Foursquares into their hands, an awful lot of people in both of these groups loved them. At 20% off, why not add a pair to your order just to see how you like them? Maybe you’ll decide that you need a whole set!

Get Those Odd Sizes

While our interchangeable sets do contain the most popular sizes and a great many people might never need anything bigger, it’s still worth noting that the sets don’t have every size of tip available, so even if you already have a set, this sale is a perfect opportunity to fill out your size selection. The 11s that come in the set should be good up to most Bulky weight yarns, but you’ll need something a little bigger to tackle the biggest stuff (I’m looking at you Dapple, you soft, squishy delight you). All of the largest sizes, 13, 15, and 17 (9-12mm), are on sale in almost every colorway from Sunstruck to Majestic. (Sorry, Radiant needles are not included in the sale.)

Being more of a lace knitter myself, it was a long time before I made a point of getting these larger needles, even though I was definitely interested in some of those bigger yarns! After getting those larger sizes, I learned just how nice it is to be able to take a break from a huge lace project and just bang out a quick hat in a day! 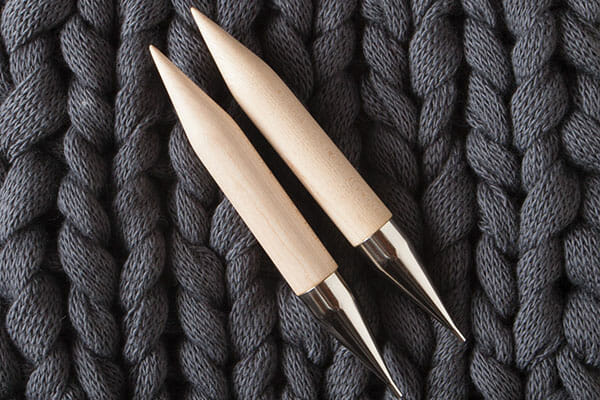 And then we have the REALLY big needles. At 15mm, 20mm, and 25mm (also known as basically an inch thick) these are really only for specialty Jumbo yarns like Super Tuff Puff or Momo. It’s not exactly something that everyone necessarily needs just lying around, but if there’s a project you’ve been thinking about for a while, the tips sale makes it that much easier. If you’ve had your eye on some Super Tuff Puff, now is definitely the time, with the yarn on clearance and the needles on sale. 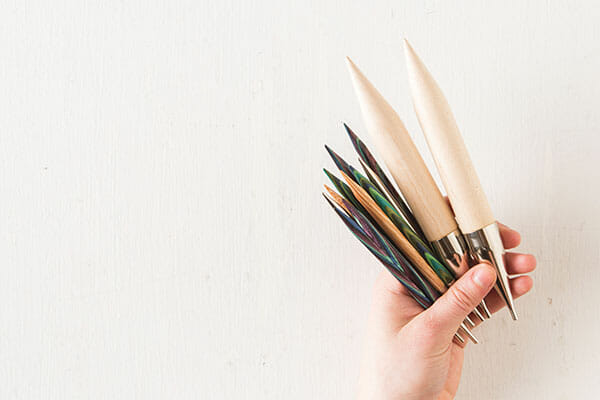 And that’s all just in case you needed some perfectly legitimate reasons (and totally not at all excuses) to buy yourself more needles. At 20% off, you’re not likely to find a better time to experiment with our full range of interchangeable tips. Just be sure to get all the extra pairs that you want before June 12th, when the sale ends!

(Bonus tip: You might also want to grab one of our gorgeous and handy embossed needle cases to organize your haul from this sale. With 20 pockets for needles, it will hold up to 11 pairs *in addition* to your full interchangeable set.)