‘Tis the season for knitting and general fiber craft madness! It’s foggy outside and I’m keeping my cocoa mug topped off while I round out my basket full of finished presents for family, friends and… of course, the various pets! I have a pretty good variety of quick knits and long term projects going. I like switching between something that will give me that instant gratification and those complicated heirloom-quality pieces that demand a greater portion of my brain. So, I thought I’d share some of the products of my industrious little needles, just in case there are some of you out there who need a little nudge of inspiration! 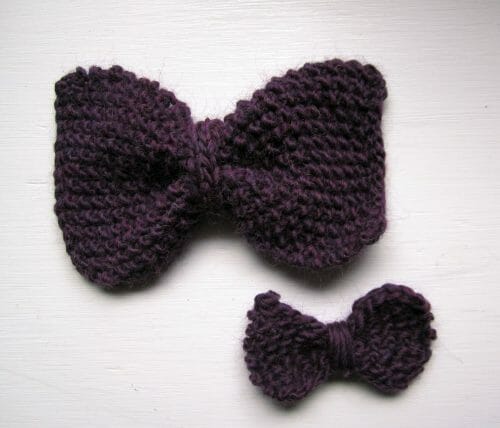 There’s something about knit bows. I keep seeing patterns for headbands with large, colorful bows crop up on Ravelry but my hair is too short these days for headbands. BUT. I have started wearing a nice brown wool pea coat. It’s so soft and warm but it also covers up everything I wear under it. So, stick a little knit bow with a pin back on it and I’m a happy camper! Instant cute. Plus it’s knit in Full Circle’s Passion in worsted weight which is such a deep, rich purple that it looks ten times fancier than it should because it’s so easy! I used Stefanie Fail’s Moss Stitch Bow Headband as a guide for my little bows. 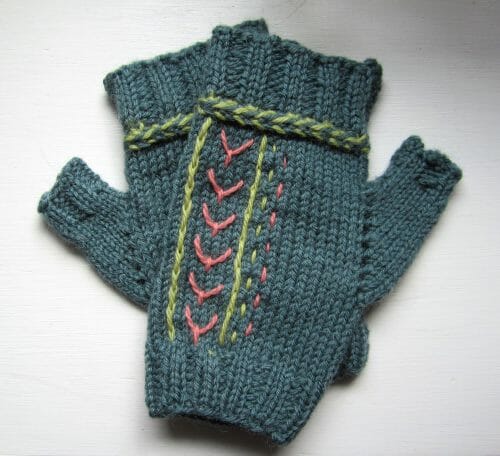 I used our free Semplice Fingerless Mitten pattern as a guide with the addition of some simple embroidery and a knit braid around the fingers for some extra spice. This way I can knit up a dozen pairs quickly and make each one special when I add the embroidery at the end. I knit these guys up in Wool of the Andes worsted in Cadet and Green Tea Heather with a bit of Palette in Conch. 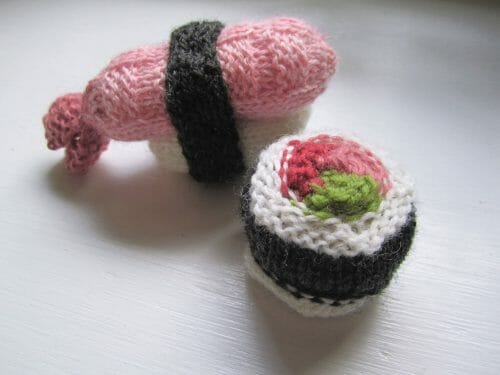 I needed something quick and cute for a friend this season and when I found Joanna Rankin’s Knit Sushi a little “Bingo!” light came on. This pattern is perfect for Palette and I was able to whip out a little shrimp sushi in a few hours. I used Edamame, Blush, Peony, Hollyberry, White and Asphalt Heather in the ones above and I’m planning to do a little blob of wasabi and a roe roll to make a nice little set! The shrimp roll would also make a great cat toy! 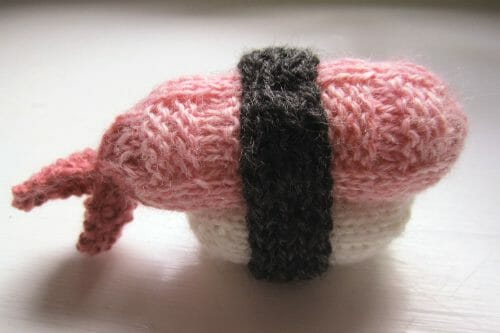 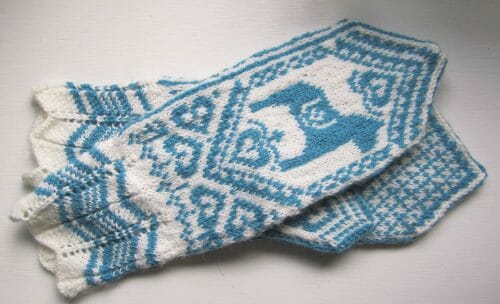 And, last but not least are the Dala Selbu Hybrid mittens that I’ve had in my Ravelry queue for ages. I had one ball each of Palette in White and Whirlpool and decided to finally try this pattern out. They’re oh so pretty and warm without being too hot and claustrophobic. They’re the perfect mitten for late fall and early winter on the East Coast or all winter long out here on the West Coast. While these mittens did take the longest to knit, they were also one of the most satisfying Fair Isle patterns I’ve knit up in a while.

I have a few more surprises in my pile of presents, but those will have to remain secrets until they’re unwrapped later this season. Good luck in all of your own knitting ventures!