I’m in serious stash busting mode these days. As I’m packing up boxes of books, bags of clothes and wrapping my dishes in paper in preparation to move to a brand new apartment, I’ve had plenty of time to size up my rather ponderous stash of yarn. I’ve gotten rid of several paper bags full of yarn that I hadn’t even thought of using for at least a year (I’d even moved some of it three times!) but I still feel a little bit embarrassed at just how many balls of Palette and Wool of the Andes Worsted I have kicking around in baskets and tucked under my futon. I just can’t bring myself to part with even one more skein! So, between packing and cleaning I’ve been busily trying all sorts of new patterns, just to convert those balls of yarn into potential presents. 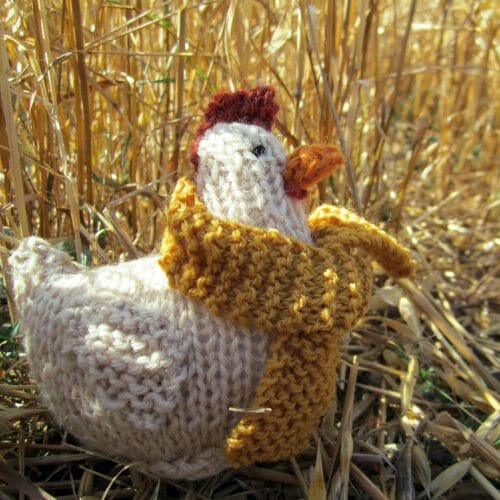 The first book I picked up to help me downsize was Little Christmas Decorations to Knit & Crochet by Sue Stratford & Val Pierce. I loved the little deer on the cover (and I still have that pattern waiting in my queue!) but the French Hen was the pattern that jumped onto my needles this past weekend. It took less than half a ball of Wool of the Andes Oyster Heather and two hours to knit up. I even used a bit of Palette in Turmeric to knit a little scarf! I’m thinking about tucking this little fella somewhere on the table over the holidays, maybe peeping around a candlestick. 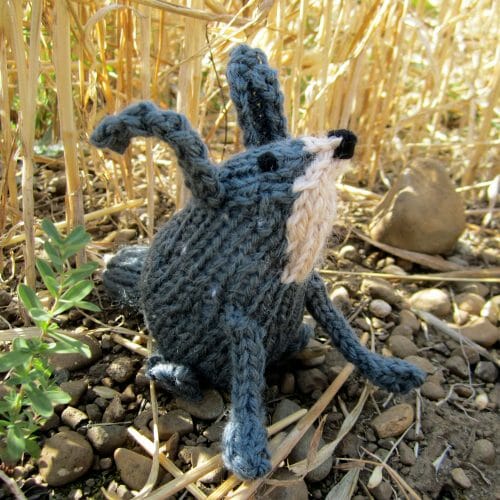 The second book I picked off the shelves was Stitch London by Lauren O’Farrell. O’Farrell has such a charming way of writing and such quirky little characters that I wound up knitting TWO little critters from her book. Both were super quick knits (about an hour each) and have such great personalities. I especially love Fleabag the Fox with his perky little ears and bendy nose. I was so charmed by Cooey the Pigeon’s funny little story that I knit him up in a flash. He’s the perfect size to peek out of a shirt pocket and his sweet little beak makes him look so curious! 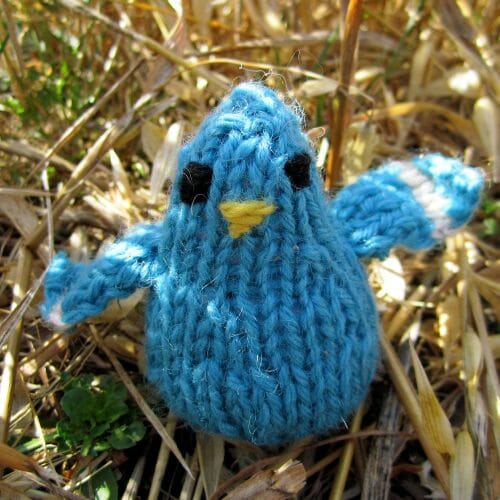 I love when books include a variety of quick knits in addition to their larger projects.