Not really thrilled with my work
The making of a neo-classic
by Knit Picks Staff on Aug 26, 2011

When we were developing Chroma, we discussed its merits in the realm of faux fair isle. (That is, stranded knitting where the yarn does the color changing for you.) For some reason, I’ve always associated the words ‘faux’ and ‘bas-relief’ – perhaps it’s the silent letters, perhaps it’s just the mashed-up remnants of art school. But whatever the reasons, that planted the seeds of a Greco-Roman inspired faux isle pattern. Given that the medium of architecture (espectially in antiquity) was stone, Chroma was sure to inject new life into an old theme! And what resulted are the two Architecture Hat and Mitts sets. 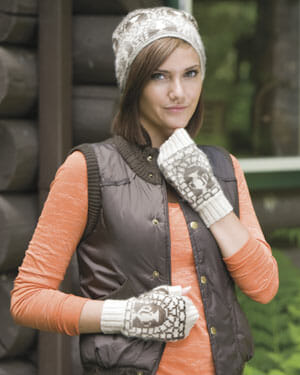 Each of these two kits is a separate pattern. The first one, Columns, was inspired by columns of the Ionic Order: 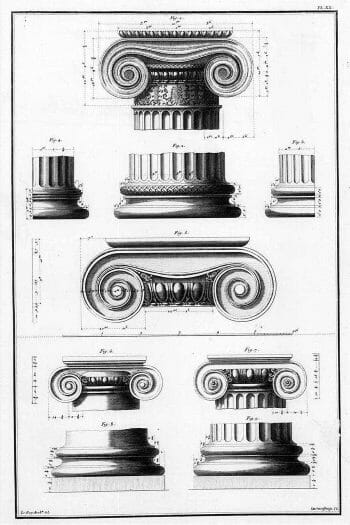 Ionic columns have always been my favorite. Doric was always too stoic, Corinthian too ornate – but Ionic is just right. Throw in some lovely ripe grapes, top it with acanthus leaves, and you have the Columns hat and mitt set! Now, arguably one of the most lasting architectural contributions of the Roman Empire is the Arch. In so many places, the arched windows, doors and structural supports have outlasted the empire that built them for many hundreds of years. The Aqueducts of Rome helped support the growing population in a way that no other civilization had implemented on such a grand scale: instead of bringing people to the water, bring the water to the people. Many of these magnificent structures still stand, as a testament to the power of the Roman arch.

I created the Aqueduct hat & mitts set to celebrate that incredible achievement! 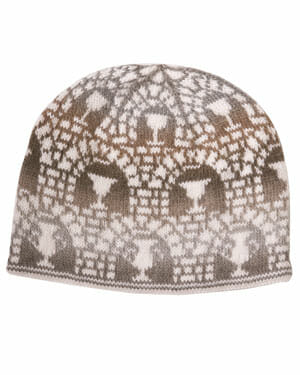 There are even amphora and goblets in the arches – perfect for gathering and drinking the fresh water.