When I was a kid, I always had to either read a story, have my mom read to me, or listen to stories on tape before going to sleep. My favorites were always those that contained either a really solid moral, or DRAGONS! (better if there’s both, but well, what can you do.) In fact, there was one tape that was something along the lines of ‘Medieval Tales’ that I loved so much I wore out the tape itself. I really, really didn’t like the stereotypical characters in it, but it had DRAGONS. I mean, like, DRAGONS! Lots of them! And they roared! But, at the end of the stories, the fearless knight would always do away with the dragon. So not fair, because dragons are awesome! I tend to root for the underdog, so I developed a bit of a kinship with that dragon. I felt like he deserved to be left alone to live a long, scaly life!

Anyway, that’s a really long way of saying that when Nina and I were charged with the honorable duty of coming up with Hobby-Horse-like toys, I HAD to do a Dragon! 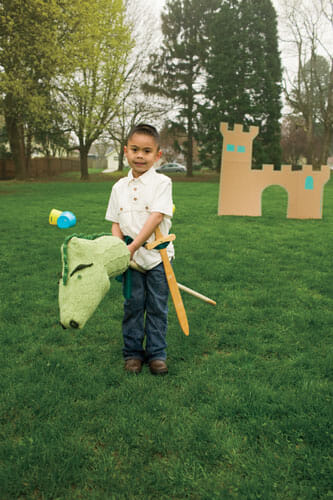 In this story, the Dragon always wins. He’s made with Simply Cotton Heathers (soft! Organinc! Washable!), he’s soft and plushy, and so much fun. His brow ridges, nostrils, spikes and eyes can look as menacing or sweet as you like. His whole head is covered in a scale pattern which is completely charted in the pattern. 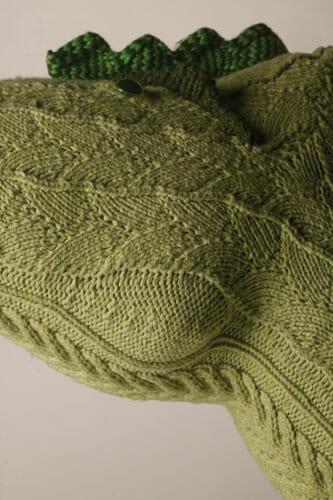 Under his strongly-shaped jaw, his neck features a scale-like cable. His muzzle is shaped with short rows. He’s full of fun techniques! 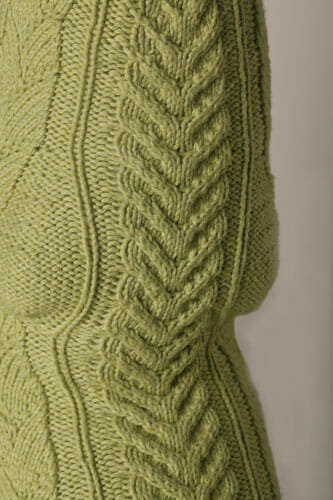 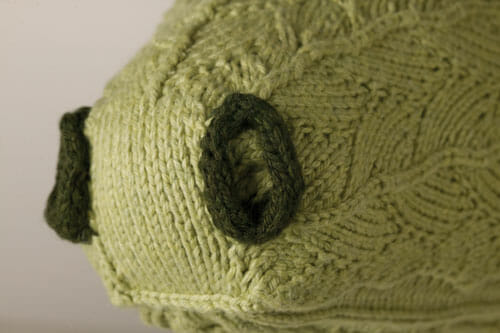 Whether you make him into a hobby horse or just use him as a plushie, this guy is sure to live happily ever after. 🙂