I fell in love with the Sasquatch pattern, and just had to knit one. He came out super-groovy, and looks a lot like Matthew McConaughey would if he fell in a vat of Rogaine. 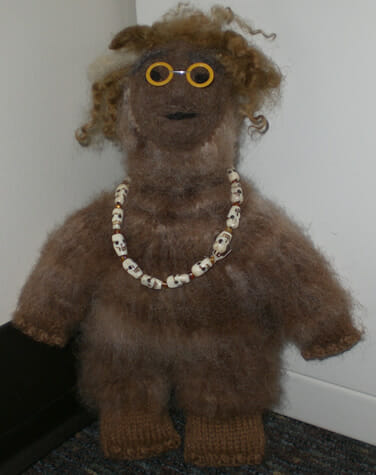 I made his arms and legs a few rows longer. I also wanted proper hands and feet for him, so I did a simple short-row heel after switching to the Palette yarn (leaving 4 stitches in the middle for the heel), and then knitted 15 rows in the round for his feet, decreased each side until I had only 20 stitches on the needle. I put all the stitches on two needles (10 on each), and then knitted the front and back stitches together across the top of the foot, ending with 10 stitches. Purled back one row, and then did a picot bind-off across the top of the foot again to end with 5 toes. I did the same on the hands, but no short rows, and only 6 rows in the round before knitting the ends of the hands together. I only made 4 fingers on the hand because I read somewhere that “cartoonish” characters look better with fewer fingers. I don’t know if that is true, and my IT colleagues made fun of my supposed inability to count! 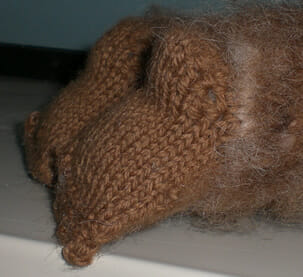 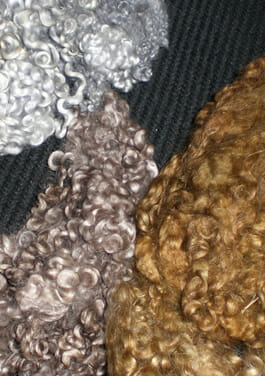 While digging through my supplies, I found some yak-bone skull beads to provide him with some bling. I came in this morning to find that Kerin had made him a pair of glasses out of yarn markers and a staple. 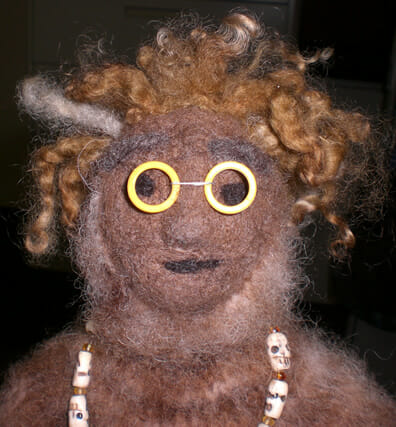 Here he is naked: 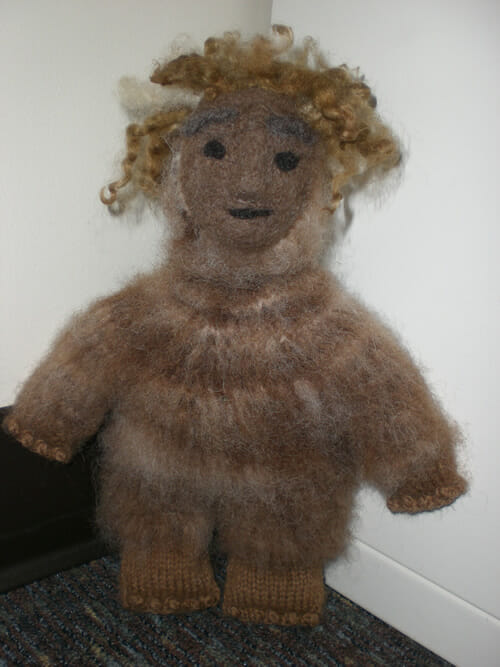 He was so embarrassed that he tried to escape… 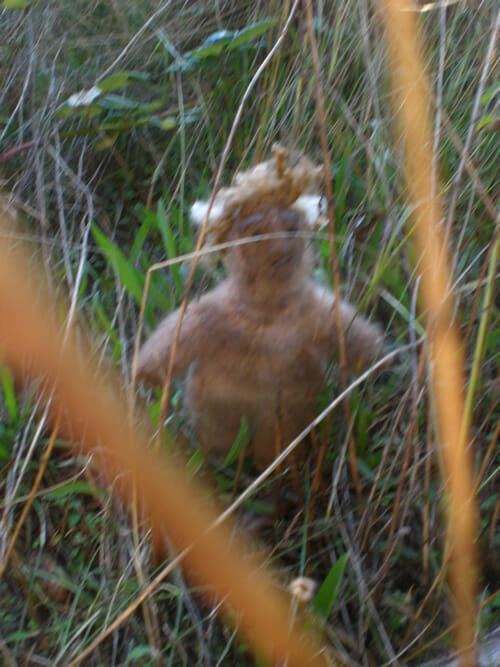 I’ve already been asked to make some white Yetis with blue faces (Bumbles bounce!), so I see little Matthew having some friends in the near future!