This installment of Knitting Geekery is brought to you by that hotbed of knitwear innovation: the Crimean War!

A surprising number of knitting terms, garments, styles, and techniques have military origins, and a disproportionate number come to us from the Crimean War specifically. Perhaps the first modern war, it was one of the first to be extensively reported on as it was happening, helping to capture the attention of the European public in a unique way, particularly in Britain, creating such enduring legacies.

The namesake of the humble, ubiquitous cardigan was the stylish 7th Earl of Cardigan, James Brudenell, the commanding officer of the infamous Charge of the Light Brigade. A miscommunication of orders lead Brudenell to lead his unarmored cavalry against a heavily fortified Russian artillery position, resulting in the loss of almost half his regiment.

Having failed to follow his men into the great hereafter thanks to a cunning bit of running away, the Earl returned to London somewhat ahead of more detailed accounts of the debacle and was initially received as a hero. 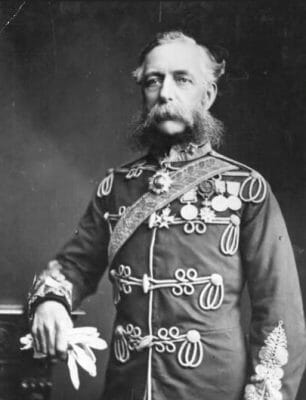 The first recorded instance of “cardigan” to refer to a garment didn’t actually occur until the year of the Earl’s death. At that time, it actually referred to a knitted, sleeveless vest or waistcoat popular with the British military of the period. Although it’s uncertain exactly how Cardigan claimed the moniker for the already established style of sweater, he was no stranger to either the public eye or fashion.

Early in his military career, he spent over £10,000 of his own money in a single year to provide new and suitably stylish uniforms for his regiment, effectively spurring a fashion arms race among the nobles in the military. His infamy was long established before the fateful Charge, having been the subject of high profile court martials and various scandals, including prosecution for dueling. 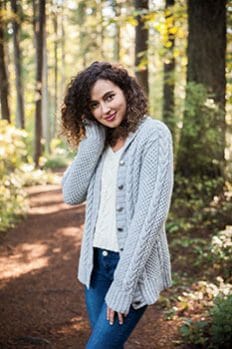 All of this came together to append the unlikely title on the open front sweater. From the simplicity of the yoked cardigan in our new Knits for Everybody Two! collection, to the arrestingly, intricate cables of the show-stopping Brigid Cardigan (be sure to check out the pattern kits for extra savings!), every time you put on an open front sweater, you can think of the notorious hothead we somehow came to associate with it.

This style of sleeve extends all the way to the collar, producing a seam or line of stitches where the sleeve and body meet, running diagonally from the collar to the underarm. Strangely enough, this style is also gets its name from the Crimean war, from the eponymous Earl of Cardigan’s commanding officer, FitzRoy Somerset, the 1st Baron Raglan. 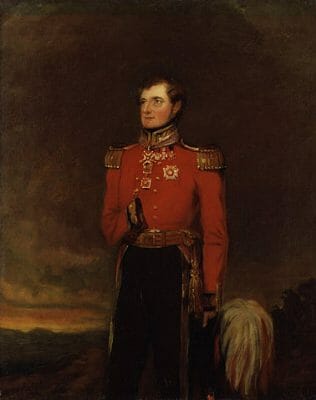 Unlike the ambiguous naming of the cardigan, raglan has a direct, documented connection with its namesake. The first official “raglan” was a special coat commissioned by the Baron from the famed London tailor, Aquascutum.

As with many things in history, the original reason for style is debated. Created shortly after Raglan lost his right arm at the Battle of Waterloo, the looser, less structured shoulder may have been intended to allow him to don his coat more easily with one arm. Others have theorized that the roomy shoulders were made to give greater freedom of movement to the noted swordsman during his campaign in Crimea. 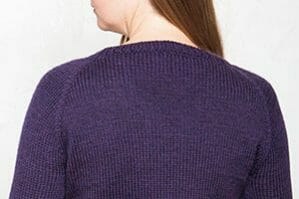 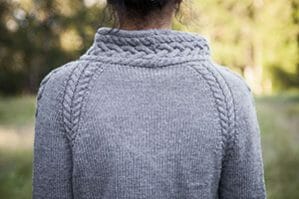 In knitting especially, sometimes the sleeve line is made as unobtrusive as possible, as in the KFE2 V-neck sweater. While the sleeves do start at the collar, qualifying this as a raglan sleeve, the line of increases are worked to softened the traditional diagonal. In the Harley raglan pullover, there is no such attempt to disguise the style, instead emphasizing it with ornamental cable. Either way, with a sleeve that meets the collar rather than ending at the shoulder, both are raglans.

Another common knitting term named for a martial member of British nobility, the kitchener stitch is a common method for end-to-end grafting. This is particularly common for seamlessly closing the toe of a top down sock, which is where the British Secretary of War Horatio Herbert Kitchener comes in. 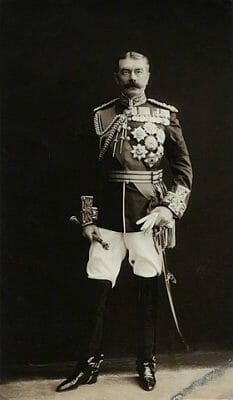 Although the technique had been in use before him, Kitchener popularized it during the World War I in his home front efforts to encourage British and American women to provide clothing for their soldiers. The demand for socks was particularly high, but common sock patterns of the time tended to create a seam that could irritate the toes. Long marches and days in muddy trenches made that more genuinely dangerous than a simple nuisance. The Secretary of War used his position and status to distribute a sock pattern that used the seamless graft we are widely familiar with today, and the name stuck. 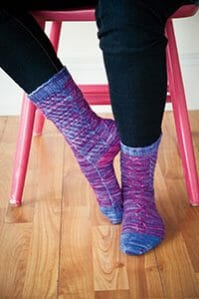 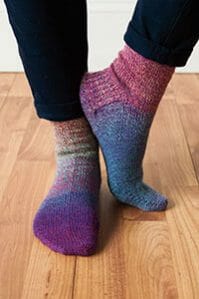 So, when you’re grafting the toe of something as simple as the Do the Twist Socks free pattern or as fancy as Twirla Socks, from our Artful Arches sock collection, you can be proud to participate in a longstanding tradition of making everyone’s feet as comfortable as possible.

Military Origins of the Cardigan; TheAtlantic.com.