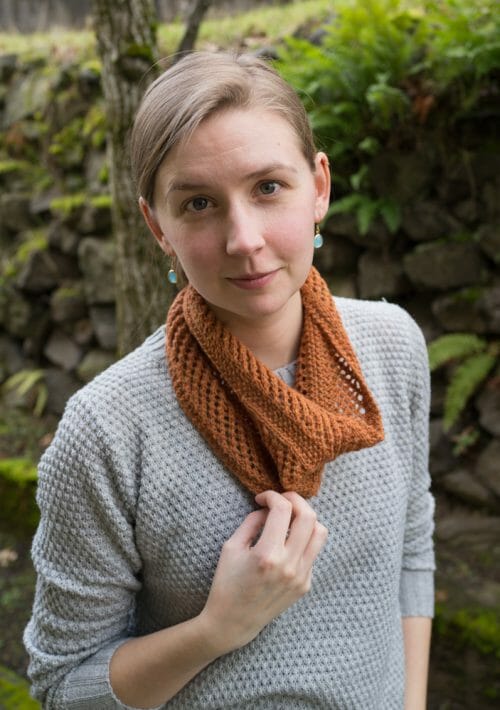 I found out a week ago that a wonderful, dear-to-me-friend would be visiting Seattle this weekend and my first thought was that I definitely wanted to knit her a little present. However, a week isn’t much time to whip a present up and I wanted to make sure it was something she would want to wear in the mild climes of Arizona. So I began trawling through my magical Ravelry queue and found Lexy Lu’s Foreign Correspondent’s Scarf. I loved the lace pattern, the simple repeate and the fact that I could easily turn it into a cowl if I didn’t have time to knit a full scarf.

It definitely wasn’t the quickest pattern, but I was right about how easy it would be to memorize the four row repeat. That meant I was able to take it to meetings, work on it during my commute and knock out a few rows in the evenings while I caught up on Season 5 of Mad Men. 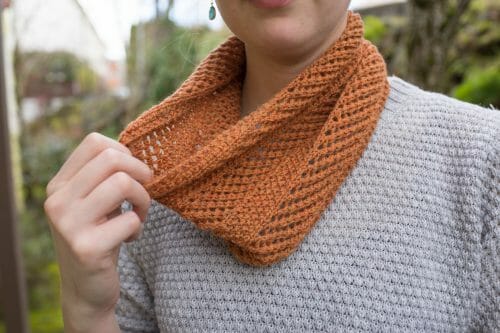 The week is officially up and I had just enough done to make a lovely
little cowl. I love the warm, orange color of the yarn and I especially fell in love with the seed stitch sections (I’m an absolute sucker for seed stitch!). I still have enough yarn for at least one more cowl, maybe even two!