Sibling Scarves are finished!
Cozy Toast Wrap in Capretta
by Hannah on Jan 25, 2012

It’s the time of year for shifty, cool weather and I’m definitely bundled up all the time. When I’m knitting I have a blanket over my shoulders, when I go outside there’s always a hat on my noggin, and even when I’m working at my desk I have a scarf (or two!) on.

This time around I knew that I wanted to knit a super cozy cowl that I could wear outside to the market and inside around the office. Something substantial. I spotted the Toast Wrap over on Ravelry and had that little fluttery heart moment when I know I’ve found the perfect project. It’s knit as a tube so there’s a double layer of knit fabric that I can snuggle my chin into and the pattern is a very simple, easy-to-memorize series of color work squares. 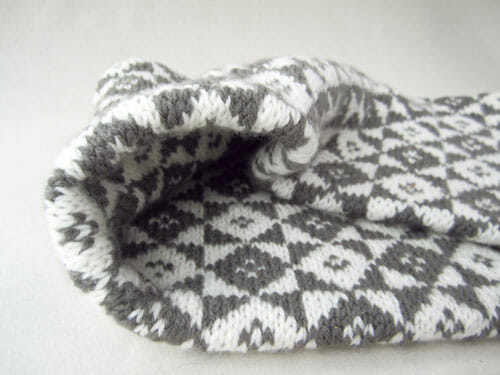 But I hit a snag when I was trying to choose a yarn for it. I wanted a fingering weight yarn that would have absolutely no chance of itching but would hold up well over several seasons of hard wearing. I was pondering my options when I spotted a stray ball of Capretta perched next to my keyboard. It’s so soft, springy and has the most wonderful warm tones that I had to pick it up and give it a happy little squeeze which really sealed the deal. Who can say no to Cashmere and Merino Wool? Not this lady. 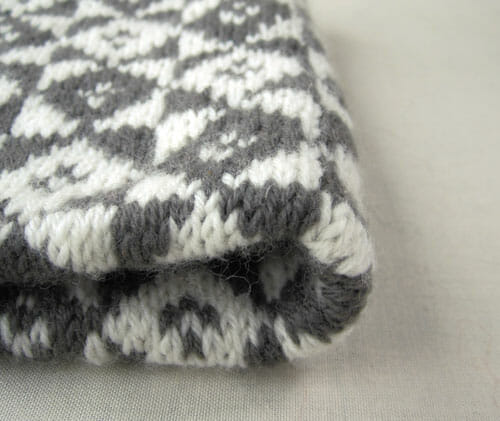 I picked Cream and Caviar for my palette and cast on. I originally had four balls set aside for this project because the pattern calls for knitting the tube for 25 inches and then grafting the ends together using a provisional cast on. Instead I knit about 13 inches, bound off and sewed the two ends together. That way I only used two balls and got the same effect. 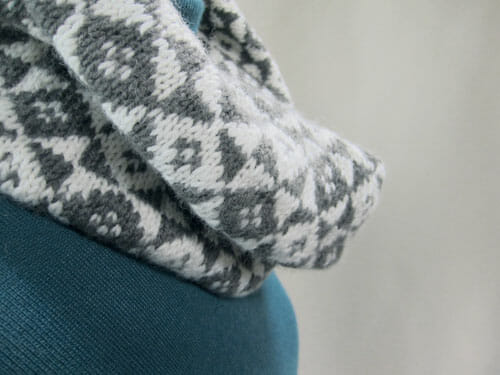 I love how it turned out! I can imagine how wonderful a pair of socks or mittens would be in the yarn as well. I’ve been wearing my new cowl for a few days now and there isn’t a sign of that subtle itch I get with rougher wool.