My First Foray Into Wool
A statement blanket
by Knit Picks Staff on Jul 26, 2013

As you may have noticed in my last crochet post, I’m hard at work on another monstrous crochet project. I’ve taken a break from the wee stitches of doilies and settled in with some repetitive Circled Squares in Chroma! 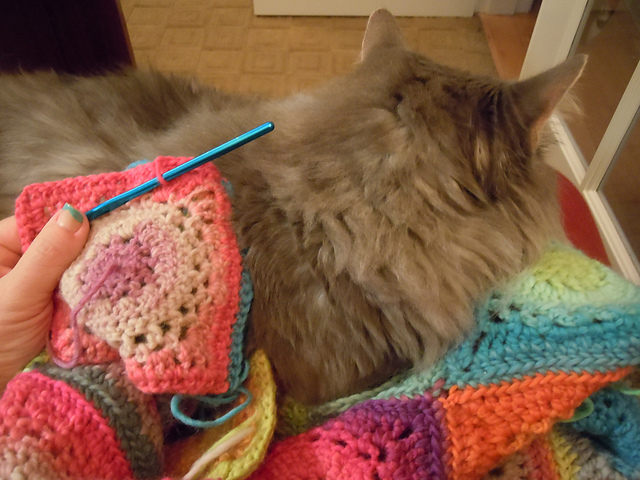 Finny isn’t the only one who is rather smitten with this afghan-in-progress. My other little guy has been seeking out any part of it – loose squares and all – to nestle in to. But most of the time it’s draped across the couch – I’m already using it, even though it’s not even halfway assembled yet! 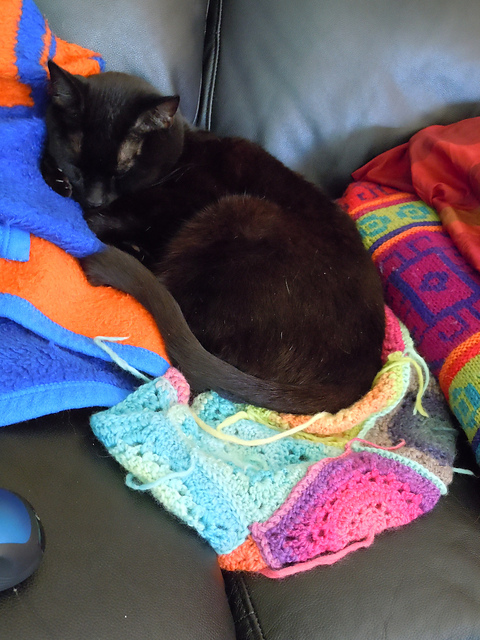 The thing is, Chroma is so soft and warm, and these dense little crocheted squares are so smooth, that it’s almost impossible not to try bundling up in it already! I love how Chroma works up in this pattern; because each square only uses a tiny amount of yarn and a short portion of the color repeat, each of the seven squares I can get from each ball look totally different. 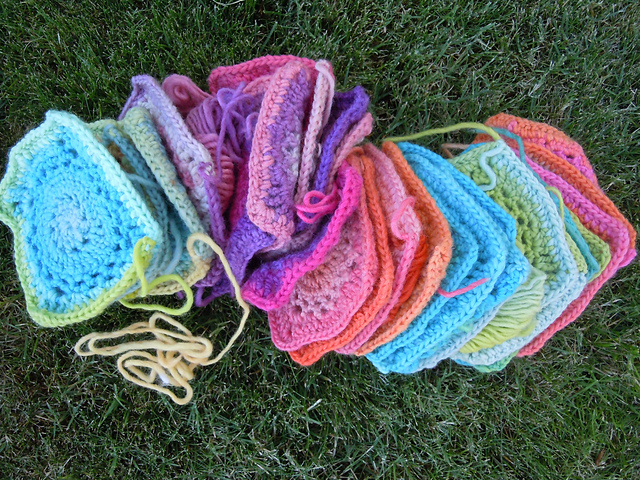 I started out with Galapagos and Smoothie and a bunch of Guppy that I had in my stash. That wasn’t nearly enough, though, so I scraped around and dug up some dye samples that we got here in the office but didn’t select for the lineup. Though after using them in this blanket, I think I’m going to campaign to add them! 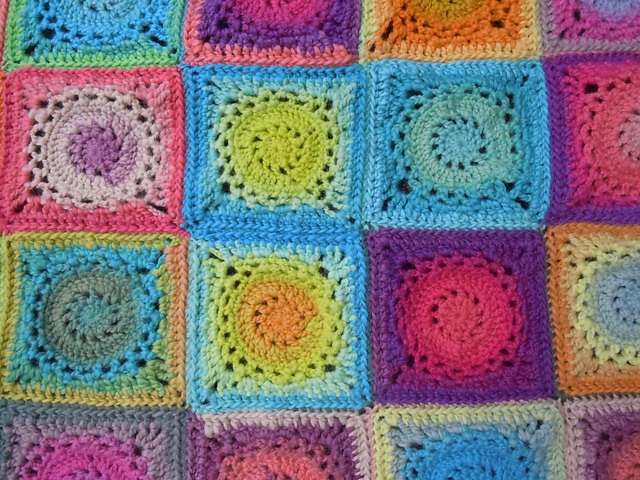 When finished, the squares portion will be about 55×60″ – I haven’t yet decided on a border yet, but that will add to the size even more. It’s going to be a perfect couch afghan – big enough for me to steal a corner away from my cats, even! 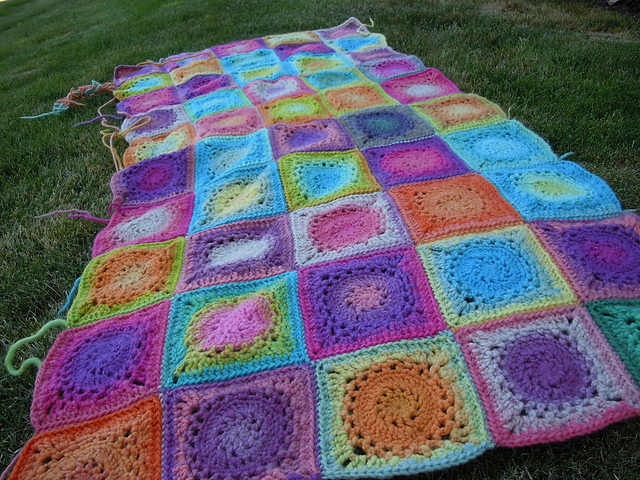