Get Acquainted With Alpaca
Wedding Gifts
by Kelley on Aug 27, 2012 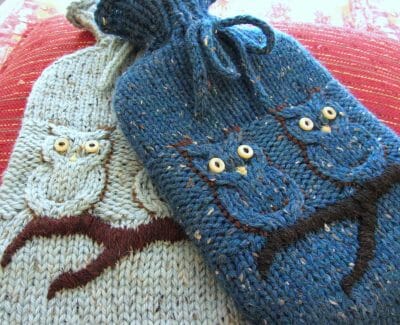 These are the big secret I’ve been keeping the last couple of months. Bob’s youngest son, Jon, married Mara on August 18th in Stowe, Vermont. They will be living in Connecticut and have a particular affinity for owls. When I think of Vermont, Connecticut or the rest of the northeast, I think of cold winters and simple living. A perfect lifestyle for hot water bottles! When I found the Hoot Water Bottle Cozy pattern by Robyn Wade, it seemed like fate! I used Wool of the Andes Tweed in Marine and North Pole. I used little bits of Palette for the owl outlines and the branches. Notice how I have the owls’ eyes open for the night (Marine) and closed for the day (North Pole). 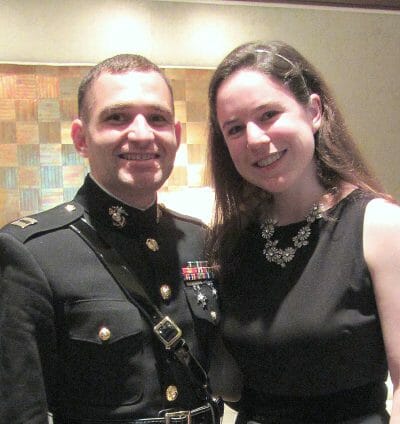 Oddly enough, Jon and Mara had never used a hot water bottle. I gave the covers to them during the Out-Of-Towners dinner Bob and I hosted on the Thursday before the wedding. Before they left, Mara asked if she could borrow my hot water bottle to give it a try that night. The next morning she gave it rave reviews. Another convert!