Spinning Out of Control!
The best words a knitter can hear
by Knit Picks Staff on Aug 25, 2010

A while back, I posted about the sweater I was knitting for my hubby for our anniversary. 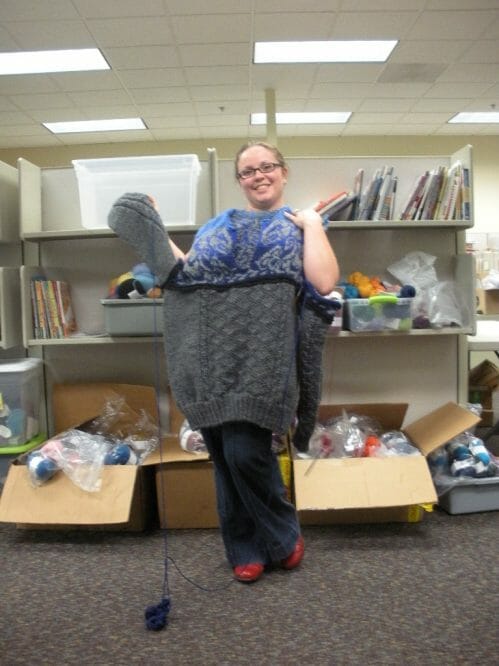 It had some issues: the shoulders weren’t quite right, and the motif was puckering. Well, after a hasty finish, I presented it to him on our anniversary trip with a rather cool reception. I had no idea if he actually liked it or if he was being nice. I knew it was too warm to wear at that point, so I figured I’d have time to fix the issues and throw a zipper in before he could wear it.

So, fast forward a few months. We had a trip to Crater Lake looming, and he needed a warm sweater. So I finished it up, and gave it to him again. He hastily threw it in the car as we were packing, and we were on our way.

That first night, it got cold. Not too cold, only about 42 degrees, but a big enough difference that he needed to put on a sweater to sleep. So, I handed him this sweater again, and he threw it on. First impression? “it’s itchy!” But luckily for him, he followed that up with, “but I’ll get used to it.” And he did.

The next morning, after a well-deserved 13 hours of sleep, we both woke up refreshed. His first words to me were, ” I was so warm last night, you know why? I love this sweater!“

SUCCESS! That’s all it takes to make all the trouble worth it. He proceeded to wear that sweater every evening, night and morning for the whole trip, fishing in it, cooking in it, hiking in it – to the point that it’s already pilling and filthy, just as I’d hoped. I know it’ll be his camping companion until it’s threadbare and stained, the zipper replaced a dozen times, the collar re-knit. And that’s the best gift he could have given to me. 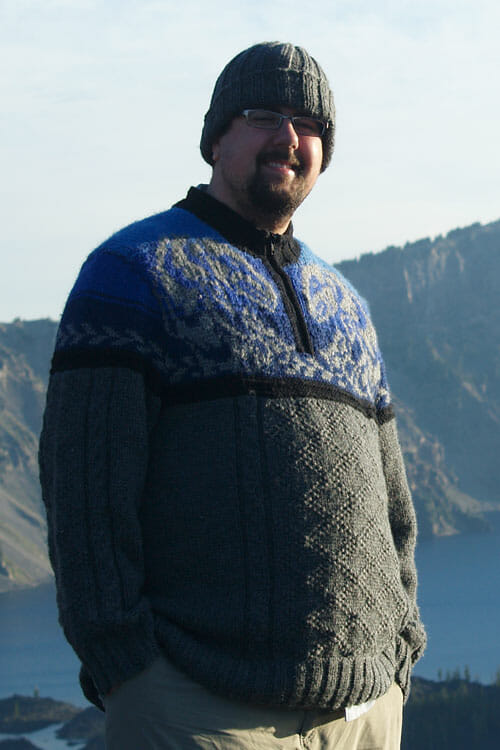