New Imagination colors are now available!
Next Post > Choosing your project or yarn according to location.
Coffee Dyeing
by Alison on May 25, 2010

I’ve used Jacquard acid dyes for a number of yarn and roving projects, but for this month’s dyealong I wanted to try something new. 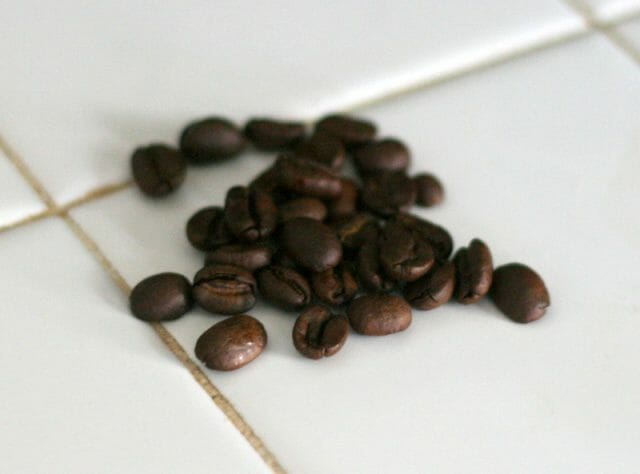 I haven’t done much natural dyeing, and I wanted to try using everyday household items that didn’t need special equipment or complicated recipes.  I thought I’d try using coffee to dye my blanks – we always have it in the cupboard, and I was playing around with the idea of using two different ombre dye patterns in a woven scarf. 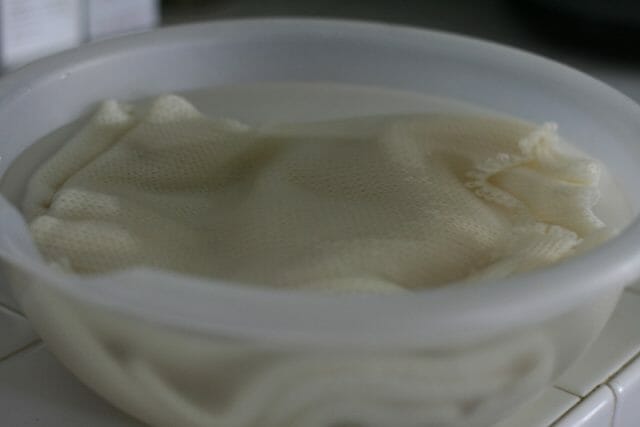 I soaked two sock blanks for about an hour in tap water so that they’d become saturated all the way through.  The blanks are double-stranded, allowing you to dye two identical lengths of yarn in one blank, but that double-stranding means that you need to make sure the water penetrates the entire blank if you want the dye to take all the way through. 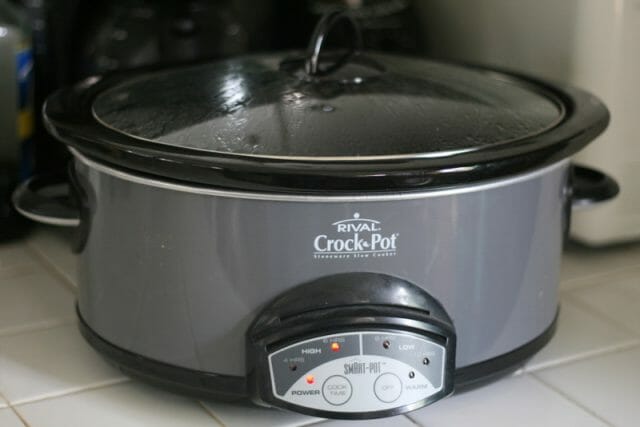 Since the coffee dyeing process is non-toxic, I could use my regular everyday crock pot for dyeing.  Jacquard dyes aren’t food safe, so I have a separate set of pots in the basement for those.  My father-in-law is a garage sale fiend, and he’s been keeping an eye out for additional used crock pots for me so I can try them with my acid dyes. 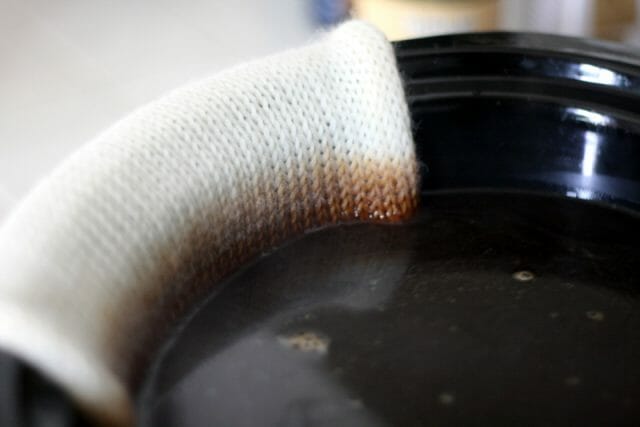 I brewed some extra-strong coffee in my regular coffee maker, then poured it into the crock pot with a good glug of regular white vinegar.  I used the High setting on the crock pot, and I let it warm up with the lid on.  I placed one end of the sock blank right in the coffee, letting the other end hang over the edge and rest in a bowl that would catch any water that might drip out of the blank. 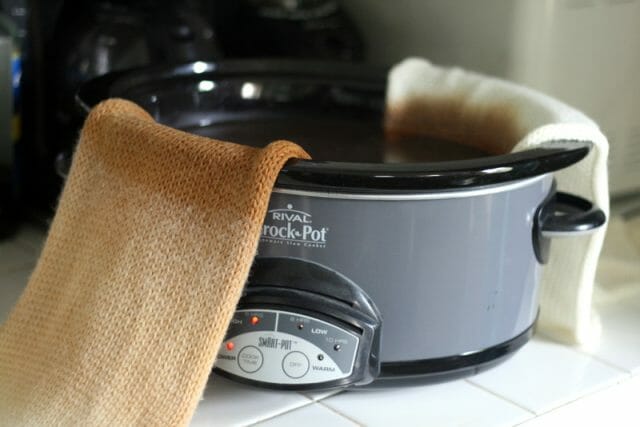 As the blanks dyed, the coffee wicked up the blank and dispersed in a nice, soft gradient from café au lait to ginger to cream.  I did end up messing around with how much of each blank was submerged in the dye bath a bit, adjusting it so that the dye would keep moving down the length of the blank. 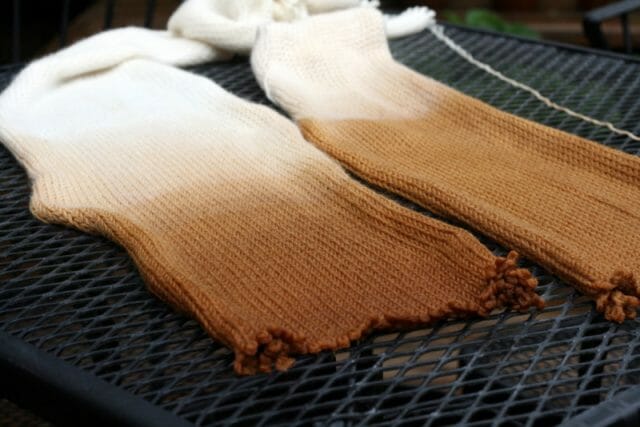 After about an hour and a half in the dye bath, I pulled out both blanks and rinsed them gently.  I squeezed out as much water as possible by rolling them up in a (brown!) towel, then I laid them out on our patio table to dry.  Bonus – they smelled great! 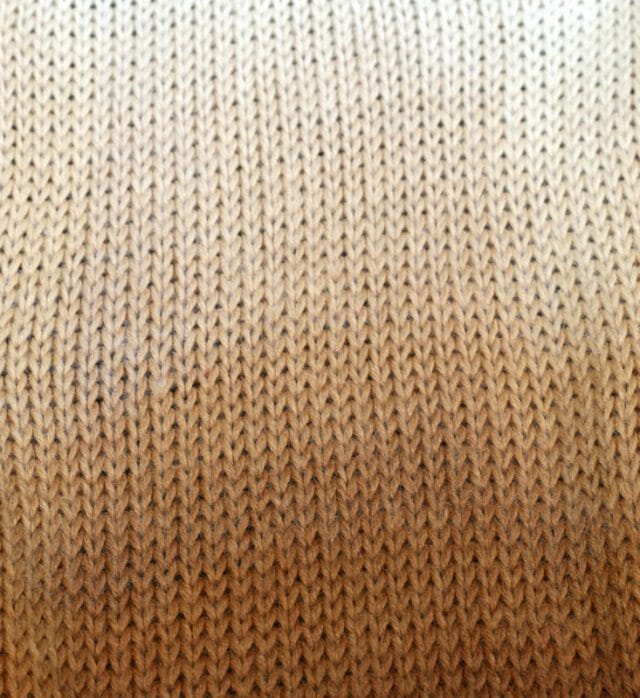 Here’s a closeup of the interesting part of the gradient – I got a really nice smooth transition between colors.  My weaving project idea is to use one blank for the warp (the long vertical strands) and the other blank for the weft (the shorter horizontal strands), letting the weft transition from brown to cream, then back to brown.  The warp would only transition from brown to cream once, and from left to right, resulting in a scarf that is symmetrical along its length but asymmetrical across its width.  Exciting!