Did you catch the Fair Isle reference in yesterday’s post?  In case you don’t understand what Fair Isle has to do with Scotland, here’s a little history for you. Fair Isle is a traditional knitting technique used to create patterns with multiple colours. It is named after Fair Isle, a tiny island in the north of Scotland, that forms part of the Shetland islands.  This is the last stop on Kerin’s journey around the world.  If you were playing along throughout the week, we thank you very much!  If you guessed the right answers and you were the first to do it, expect an email soon! 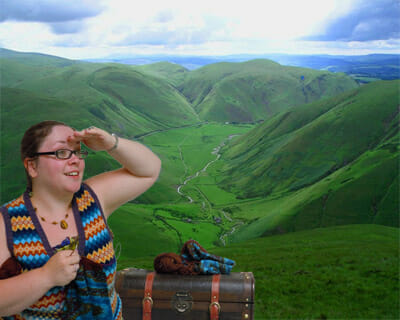 For now, Kerin is on her way home.  What a fun vacation she has had!

The last photo that we snapped from her journey was of her arriving in Portland at the airport!  She looks happy to be home.  A big thank you to everyone who followed Kerin around the world, we hope this week has been as fun for you as it has been for us! 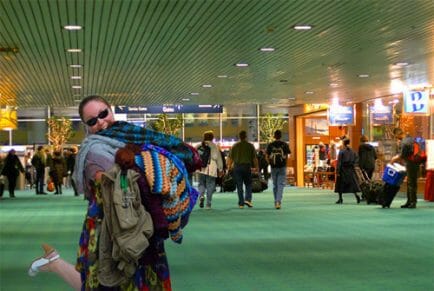