Explore the origin of some of the most commonly used knitting terms, with occasional tangents into knitting history! The word for the simplest of stitches goes well back in the history of English, first appearing some time in the 11th century! As early as that it had yet to acquire its modern meaning, used more closely to its Old English parent cnyttan, “to tie, knot or bind” (the next time you end up with a knotted mess, just think of it as really old school knitting). Even though proper knitted fabric in Europe survives as far back as the 13th century (a silk cushion cover with a 20 stitches per inch gauge!), referring to the basic stitch was the last meaning to develop, well into the 16th century. Even long after that, the modern knit stitch was just as often called a “plain stitch”.

There is some dispute as to the exact derivation, as many old Germanic languages contain words similar in meaning and pronunciation: Old Norse knytja, Middle Low German knütten, Dutch knutten, etc. 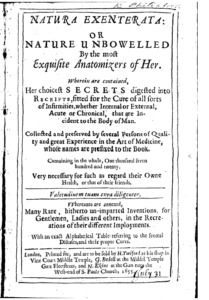 As with knit, purl goes back a long way, but originally meant something quite different. In the 14th century, it referred to gold and silver thread used for elaborate embroidery, eventually coming to name a kind of lacework done for edgings (often using the same kind of thread). The first known use to mean the purl stitch was in perhaps the earliest surviving knitting pattern book, from the 1655 collection Nature Exenterata, in the section “The order how to knit a Hoſe [Hose]” with instructions for knitting socks (pg 417 of the book, pg 9 of linked pdf).

Interestingly, although the English term didn’t fully evolve until centuries later, purl stitches appear in even the earliest surviving examples of knit fabric, from 11th century Egypt. Extant examples of purling in Europe only date back to the 17th century. 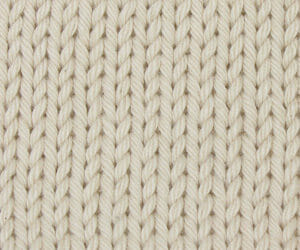 Although stockinette is as old as knitting itself, the modern term for it is relatively modern. The first written use shows up in the 18th century and refers to the knitted fabric produced by the stockinette stitch. It is thought to be a convenient alteration of “stocking net”. ‘Net’ is closely related to ‘knit’ (the Nature Exenterata even has a section on “Knitting Network” which seems to be instructions for stitch pattern repeats), and a knitted “net” for a “stocking” is the stitch that we know today as stockinette.

The “stocking net” usage may be related to the stocking frame, the first knitting machine, initially capable only of producing flat stockinette fabric. The machine was invented all the way back in 1589, colloquially because the inventor was spurned by a woman who showed more interest in her knitting than in him. 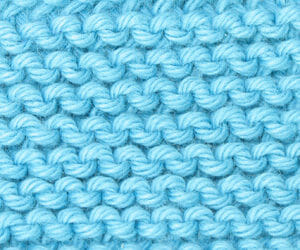 Dating back to the 1300’s, garter has long referred to a band of fabric tied to keep your stockings up. Without modern elastic, the stretch of knitted fabric was ideal for this and anyone that has blocked a garter shawl knows the stretchiest way to knit. Like stockinette, the contemporary sense of garter stitch is fairly modern, with the earliest published use only dating to 1840, in The Lady’s Assistant, one of the earliest knitting book bestsellers. The pattern given for a Garter is an 8 stitch wide band with slipped edges, knit to be a yard long.

Note the use of plain stitch, rather than knit stitch, even well into the 19th century. Also, who wouldn’t want to try ivory knitting needles?

Are there knitting terms you are curious about or know have interesting histories? Let us know in the comments for the next installment!