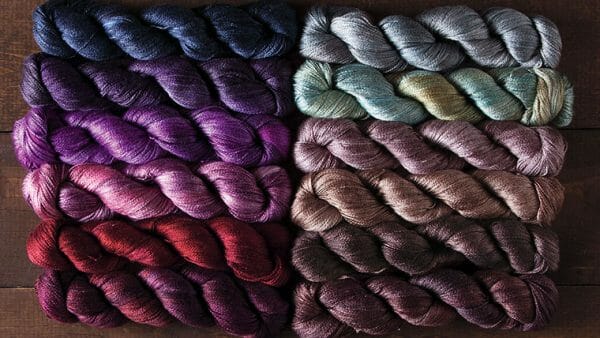 If you haven’t found the time to take a look at our new Luminance Hand Painted silk lace yarn, you’re in for a real treat. Already there was nothing boring or plain about “regular” Luminance. Every time I handle it, I am always surprised at how soft it is, almost unnaturally so! I guess with how bright and lustrous it is, I always expect it to be somehow metallic or brittle feeling, but it is literally the softest, most supple yarn that we carry. 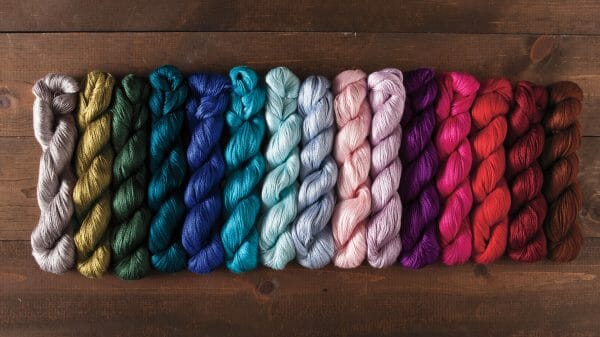 The bright and shiny spectrum of original Luminance

In silk, even solids have an amazing vibrance; some of the brighter colors seem to literally radiate. We took that gorgeous, amazing yarn and gave it the hand paint treatment, and even we were a little astounded at the results. 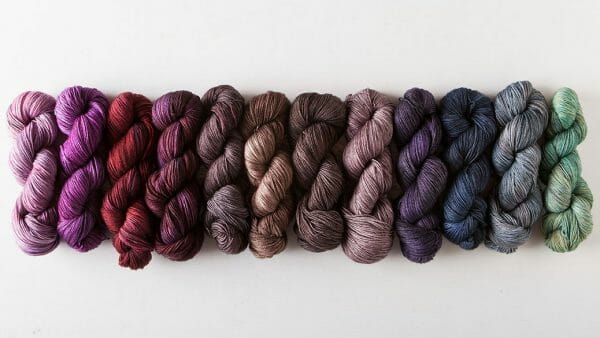 Hawthorne Tonal, which we liked so much we wanted to use the colors again

If you noticed that the colors of Luminance Hand Painted seem a bit familiar, it’s because we took them from the Hawthorne Tonal line. We were so excited when that came out. Hawthorne is always a favorite around here and the subtle and sophisticated tones and blends that came out of the Tonal line were so rich and versatile. We started thinking about what else we could do with that effect.

The gentle shading and analogous hues seemed like a surprisingly good fit for lace. With only subtle color changes, it adds texture and visual interest without overwhelming.

Comparing the two lines is also a fascinating exercise in the idiosyncrasies of fiber. If you follow our blog or podcast (or dye your own!), you probably know that the color that comes out is as much up to the fiber as it is to us, and it can be a struggle to get *exactly* the right colors we want (I’m looking at you Felici). So, even though they were dyed with exactly the same colors in exactly the same way, the silk of Luminance sometimes makes for a pretty different product than the wool of Hawthorne. It’s sort of a collaboration and sometimes the fiber has better ideas than we do. 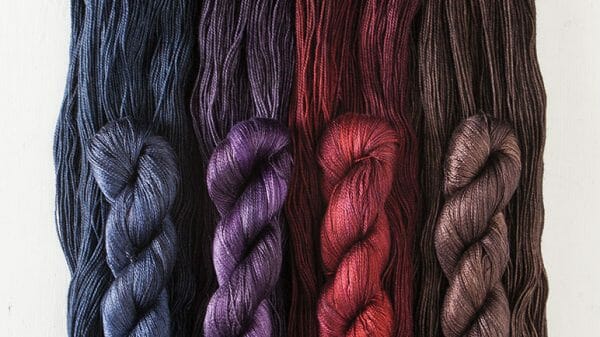 Some of the colors turned out remarkably similar. These were mostly the darker, bolder colors without strong contrast. They are still brighter in Luminance, which has as much to do with the sheen of the silk as anything else, but the tones, combinations, and overall look is pretty consistent between the two 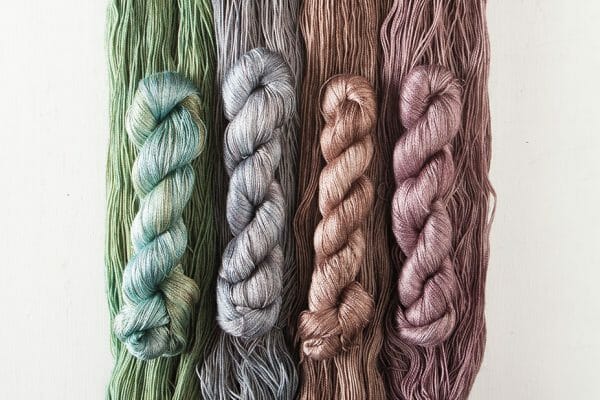 Some of the colors actually mellowed quite a bit in the transition. These were generally the paler colors to begin with, but in Luminance they softened even further in tone. Combine that with the shine and slight and subtle halo of silk and they became almost ethereal. Interestingly, with the softening of the main tones, some of the analogous contrasts are actually more noticeable. While Springfield in Hawthorne has a more generalized yellow tone, Charity in Luminance has fairly defined pops of warmth that contrast against the distinctly un-yellow teals. The silk Hope became very silvery overall, less blue in tone than Hawthorne Astoria, but took up more enunciated pops of tan and slate. 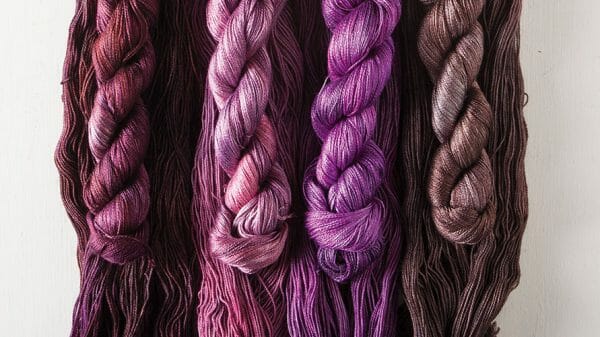 The clear winners of the transition were actually the most contrasting of the original colors. As with the previous group, the existing contrasts that were present in the Hawthorne as more blended undertones became more distinct pops, with a more pronounced differences from the stronger combinations involved. While Hawthorne Ashland is generally a light jewel-y purple with some subtle pink and fuchsia hints, it’s aptly named Luminance counterpart Glow is so bright. A gorgeous, incandescent amethyst in color, it has defined streaks and chunks of darker purple and brighter magenta. Hawthorne Sweet Home came out as a sort of pinker, less purple version of Ashland, but Kind in Luminance is very clearly pink with varying shades all over and only isolated hints of more purple tones.

100% Silk yarn isn’t very common in general, and, with the combinations and colors that came out, we think that Luminance Hand Painted silk lace yarn is something rather special. We have so many ideas (Alison, our Director and never-ending font of inspiration, thought that using a bit of this leftover from a shawl to hold double with Stroll would make some killer glamorous reinforced toes and heels on socks) and we are already looking forward to the next lace collection where we can use this. We cannot wait to see what you all do with it. 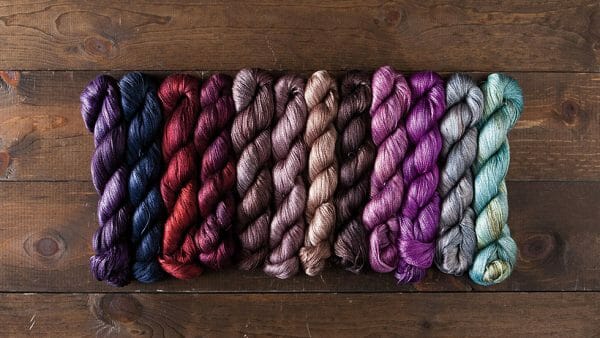 Get 20% Off with the Luminance Hand Painted Complete Yarn Collection